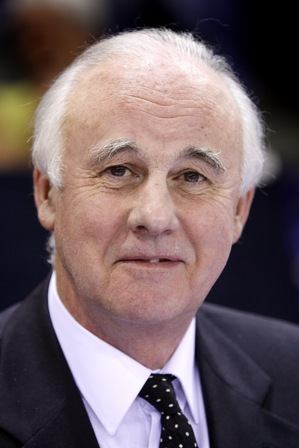 FUROSEMIDE
ANTIDOPING CONTROLS
« Furosémide – A Prohibited Substance”
By Dr Michel LEGLISE*
Testing both in and out of competition is an essential part of the fight against doping. It is carried out using blood or urine samples, which are analysed in approved laboratories equipped with state of the art equipment. The aim of this procedure is to pinpoint the presence of one or more substances that have been banned and which figure on the World Antidoping Agency's list of prohibited substances, in conjunction with the Olympic movement. The said substances are either prohibited solely in competition or their use is banned at all times.
The uncovering of a prohibited substance begins as an "abnormal result". An abnormal result
becomes positive once it has been checked for a range of discrepancies such as possible
procedural inaccuracies, contradictory analysis with the B sample, formal authorisation for
therapeutic use, an approved concentration for certain products, etc.).
In the case that a positive result surfaces, we ask ourselves one essential question: was this
substance used deliberately for doping?
Analysis offers a clear and objective answer to this question, and leaves no room for
interpretation as to whether an athlete wilfully cheated.
The WADA Code and the FIG/WADA regulations are both relatively flexible, but provide
sanctions that are somewhat unbending for extenuating or aggravating circumstances, with the
exception of cases in which there is proof that no cheating was intended.
Proof is not a simple matter and cheaters have an over-active imagination where taking
advantage of disciplinary bodies is concerned.
On the other hand, even if an athlete did not deliberately cheat, negligence, unfamiliarity with the
rules for example, is merely a limited extenuating circumstance and is not sufficient cause to
refrain from issuing a sanction.
Let it be said that there is an article in the WADA Code which clearly states that an athlete is
responsible for any substance found in his body.
Contact:  +41 32 494 64 10  +41 32 494 64 19 [email protected]
www.fig-gymnastics.com

It is very important that gymnasts and their support personnel remain vigilant, notably in reference
to certain products considered innocuous (vitamin and mineral supplements with traces of
prohibited substances. These are ordinary, over the counter drugs found in common households,
which may even be recommended by friends).
The snares are endless, and it would be wise for gymnasts to seek council from competent
individuals.
It is also important to guard oneself against the malevolence of others.
To illustrate this, consider FUROSEMIDE, which is the banned drug most often used and found
in all gymnastic disciplines, particularly in young women.

Listed as a category S5, Furosemide is a diuretic which is prohibited both in and out of
competition, and its presence in urine merits a sanction of two years suspension, stripping an
athlete of medals, ranking and the like.
Furosemide is not a doping substance in and of itself; rather it is a masking agent, which means it
hides a doping substance during analysis, including hormonal anabolic substances.
In short, reasons for finding the product in urine might include:
1) Treatment for cardiac, renal or hepatic oedema, used to eliminate excess water hindering A serious abnormality, it would be difficult in such a case for an athlete to practise a sport. 2) Treatment for arterial hypertension; such treatment is compatible with sport practise, if there are no complications and only in very distinct cases. The condition usually affects adults over 40 years of age, and such a case requires an AUT, in light of the fact that the product can easily be replaced by a variety of non-prohibited antihypertension drugs. 3) Losing weight by eliminating water, especially in the buttocks and thighs, went from being a roundabout method to being a poor, even dangerous, medical practise. This is a very common practise in young women, who swiftly pass off their bad habits on their children or on children under their influence. This can bring on a host of disorders, notably hydroelectrolytic - sodium - potassium - glycaemia - urea, etc. - renal. Disorders of this kind can have a profound impact on health and interfere with sport practise. 4) An intent to cheat by masking the presence of banned drugs. Contact:  +41 32 494 64 10  +41 32 494 64 19 [email protected]
www.fig-gymnastics.com

Though we firmly believe that in gymnastics a large majority of cases fall under example 3: a
desire to lose a kilo or two, we have to understand how difficult it is for a disciplinary body to
gather the proof necessary to discern and determine who set out to cheat and who did not.
In the aim of being efficient, the regulations are rigorous. Negligence, incompetence,
inattentiveness and, of course, the fact of not having used the drug for doping purposes, are not
arguments that justify avoiding a sanction.
What we have said here applies to numerous substances, but the frequency with which positive
cases of furosemide use are found in gymnastics warrants mentioning. We would entreat the
national federations and coaches to remain vigilant; the disciplinary risks are great, as are the
serious risks gymnasts are taking that very well could lay waste to their health.
Michel LEGLISE.
* FIG vice President and President of the Medical and Competitions Commissions.
Paris (FRA) – Moutier (SUI), February 18, 2008.
Contact:  +41 32 494 64 10  +41 32 494 64 19 [email protected]
www.fig-gymnastics.com

Lupus- a guide for patients

THE LUPUS UK RANGE on-medication measures Rest, adequate sleep, modifying activity during OF FACT SHEETS A Guide for Patients Further fact sheets are available as follows: b. Minimising stress: Major lifestyle modification and LUPUS Incidence Within The Community spouse, and employer to achieve this adjustment LUPUS The Symptoms and Diagnosis may be essential in keeping the di