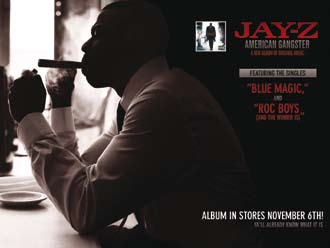 the lighter side of local government
What’s your key
performance
indicator?
Happy New Year!! For those of you trative interface. As a representative of managers in the municipality.
that haven’t noticed, it’s the start the department I sit through a number of • Social Exclusion (Youth) – this is meas- party list) that this is cause for celebra- • Social Exclusion (Women) – measured tion. After all, we’ve completed another our political mandate that 50% of munici- still exist – some look a lot better than District Municipal Manager: ‘Mr Mayor, done, all 283 of you, save for a few with with all due respect, we have 530 staff, • Economic Development – measured by The Post-Polokwane Purge (a dramatic, almost cinematic, night of the long knives) reminds me of the who still hold their posts. If you are still a mayor or even a premier, regional or pro- vincial chairperson, you are either very office-bearers of the ruling party, direct- ly or indirectly benefiting from council of the financial year, we need to either retrench most of our male staff or virtually • Responsiveness – average response time and Master. Don’t you just love it when to complaints and service faults as a per- ber more than half of our staff are roads centage of the lifespan of the earth.
break the association with his namesake, workers, and it is difficult to get women • Quality of Councillor Training – average Brooklyn rapper Jay-Z, and his deeply my- star rating of food and accommodation.
sogynistic song ‘I got 99 problems but a District Mayor: ‘I do not have to remind • Gearing Ratio – number of people ca- mayor of our municipality, was just sacked. Despite being a mover and shaker, political will be women and that’s what the target rising star, much-wanted keynote speaker for this year will be. This is not for discus- • Food security – number of municipal at cocktail parties and being Zulu and all, sion. If you can’t achieve the target I want he was unburdened of his responsibilities to see empirical evidence why you can’t. for throwing in his lot with Comrade Thabo ‘I’m too clever for my people… too clever • Creditor Efficiency – % of SMME service certainly enjoying its omnipotency, like ing for suitable performance indicators. Here is a selection likely to make your mu- • Learning and growth – % of countries nicipal performance look great, no matter matic, almost cinematic, night of the long • Pini Co-efficient – this is the level of leone, son of the Godfather, reluctantly takes his late father’s place as leader of • Access to Economy – this is measured as the percentage of poor citizens and indi- gents who can easily access a casino.
writes this column in his own capacity and his views do not necessarily represent the Pay) – measured as the annual increase in guaranteed pay of senior (section 57)