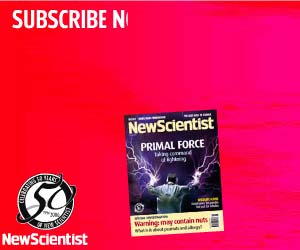 Marijuana may cause pregnancies to fail - Breaking News | Print | New Scientist HOME | NEWS | EXPLORE BY SUBJECT | LAST WORD | SUBSCRIBE | SEARCH | ARCHIVE | RSS | JOBS
Marijuana may cause pregnancies to fail
22:00 01 August 2006 NewScientist.com news service Michael Day Smoking marijuana at the time of conception could cause pregnancies to fail, new research in mice suggests. The same problem may occur as a result of taking the slimming drug, rimonabant. The warnings come from embryologists who have discovered key factors that govern an embryo’s chances of successful implantation. After fertilisation in humans and mice, the egg faces a perilous path from the place of conception in the fallopian tube down into the womb. The team from Vanderbilt University Medical Centre, Tennessee, US, has shown that precisely the right levels of a chemical called anandamide are required for this passage to be completed safely. Increasing or decreasing the amount of anandamide drastically harms mouse embryos’ chances of normal implantation and survival. Their research reveals that anandamide levels in the fallopian tubes are governed by two enzymes: one called NAPE-PLD increases levels of anandamide, while NAAH reduces them. Cannabinoid receptor
Significantly, the team also found that exposing the mice to certain drugs disrupted this delicate balance, thereby impeding an embryo's ability to pass into the womb. One such substance is tetrahydrocannabinol (THC), the major psychoactive component of marijuana. Like anandamide, it binds to the cannabinoid receptor CB1, thereby displacing anandamide and boosting levels of the chemical present in the oviduct. The discovery poses worrying questions about the ability of marijuana, the most widely used illegal drug among women of reproductive age, to harm pregnancy, says the lead researcher, Sudhansu Dey. “This is worrying because embryo retention is a significant cause of ectopic pregnancy in women,” he says. He also notes that the incidence of such abnormal and dangerous pregnancies has risen sharply in the past decade. Slimming pills
Another expert in reproductive biology, Herbert Schuel at the State University of New York in Buffalo, US, points out that some new medicines also interacted with CB1 receptors and therefore had the potential to disrupt amandine levels and embryo development. One such drug, the slimming pill rimonabant – sold as Acomplia – is already licensed in the UK. “Given the results of the study, we need to be very sure that rimonabant doesn’t have unwanted effects on women of reproductive age," Schuel says. CB1 receptors are not just present in the brain but all over the body, including the reproductive system, he adds, "so we shouldn’t be surprised if it has unwanted effects". A spokeswoman for rimonabant’s manufacturer, Sanofi-Aventis, said the company did not recommend the use of rimonabant during pregnancy and advised patients who are planning to become pregnant http://www.newscientist.com/article.ns?id=dn9653&print=true Marijuana may cause pregnancies to fail - Breaking News | Print | New Scientist Journal reference: Journal of Clinical Investigation (vol 116, p 2087) Related Articles
Medical cannabis is a blunt tool http://www.newscientist.com/article.ns?id=dn9636 30 July 2006 Can popping a pill curb all your cravings? http://www.newscientist.com/article.ns?id=mg18825291.700 10 December 2005 Dope-smoking dads double risk of cot death http://www.newscientist.com/article.ns?id=dn1213 Weblinks
Vanderbilt University Medical Centre http://www.mc.vanderbilt.edu/ Journal of Clinical Investigation http://www.jci.org/ http://www.newscientist.com/article.ns?id=dn9653&print=true

Bone health is a family affair

Department of Biostatistics is conducting a research project on osteoporosis. If you are eligible to participate you would receive at no cost to you a Bone Health Assessment which includes a bone density test. You will receive compensation for the one-time, 2 hour visit. Weekday, evening, and weekend appointment times are available. Eligible subjects must meet the fo

2005 Accomplishments General Accomplishments • Put on CASQA’s inaugural conference in October in Ontario, at which over 400 people and • CASQA membership increased to over 160 memberships during its’ third year • Continued to issue the bi-weekly CASQA Update to provide CASQA and stormwater news to members, issued 26 updates and 3 Alerts in 2005 CASQA Update , meeting not