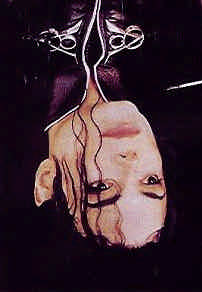 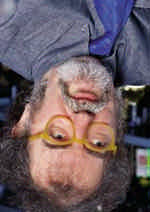 Newsletter of the Worthog Brewers, Gauteng, South Africa
www.worthogbrewers.co.za
May / June 2002
Volume 4 Number 2
EDITORIAL
CLUB HAPPENINGS
There has been some discussion lately about the The only major event remaining for 2002 will be future of the Boar. Producing and mailing it, even our yearly competition. The date for this event has in the current format, is quite expensive (relative to not been set, but it will probably be late October or our club membership fee). Some people feel it early November. Jeremy is waiting for confirmation should rather be available in electronic format. of the date for the Homebrew Tri-nations. Last year That way everybody picks up the tab for his or her our member’s beers were at a disadvantage own printing (if they want a hard copy). It will still because they were quite old by the time the Tri- be mailed to those members who do not have nations were judged. Watch the website for the access to electronic media. Another option is to latest news. The rules and format will be more or expand and improve it to such an extent that we can produce a “high quality”” product which people will be willing to pay for. It has rightly been pointed BREWING LEAGUE 2002
out that publications which depends on volunteers never works very well. So, if you have a strong The latest standings in the brewing league (after opinion on this, please drop me a line. Irrespective of what we decide to do, WE NEED MORE GOOD TECHNICAL ARTICLES! So start writing, and you might end up as the South African Michael Jackson. JUNE ‘02
1 Jeremy Wallis
2 Coenraad + Danie
3 Alan Bester
4 Anthony Hayes
5 Andy Tasker
6 Peter Grant
7 Andreas & Rob
û ü 8 Donald Coward 6.4 3.9
9 Bob Louch
10 Wilhelm Kohlmeyer
There are two more special features planned for 11 Mike Heydenrych
this year. The first is about designing and building a small brewery. The second is a review of all 12 Charles Cohen
small breweries in South Africa (sort of a Platter’s 13 John Heydenrych
for beer). Contributions to any of these will be 14 Roelf Loots
appreciated, especially reviews of small breweries, product ranges etc. 15 Llewellyn v. Rensburg
There has also been some discussion about the 16 Arrie Krüger
format and content of our two monthly meetings. If 17 Andre de Beer
you have an opinion about the way things should be done; don’t grumble, share it with us! The only 18 Hano Conradie
reason the newsletter does not have a letter section is that we do not receive any letters yet.

Remember, your four best scores for the year counts. We have had four meetings, so up to now Drayman's Brewery, Farmer’s Brewery, Mitchell's you could stay in the running by brining beer to and Nottingham Road among the smaller concerns every meeting. From now on quality will be more listed. Even some of the photos were shot in South important. On the other hand, those that haven’t Africa, namely the Scottish Ale House (Mitchell's brought four beers yet still have a chance to catch Brewery) and Den Anker Restaurant on the Cape LOCAL BEER SCENE
SAB has bought Miller, the second largest brewer in the US for R50 billion. The new company, SABMiller, will be the second largest brewer in the world. According to Michael Jackson this might actually be a good thing for smaller brewers: “Quite simply, the bigger the major brewers become, the greater the number of consumers who feel left behind, even alienated. These people want the chance to exercise their individuality when they order a beer. They are potential buyers of imports, Available from Exclusive Books and Kalahari.Net microbrews and the products of brewpubs.” (about R150), 160 pages, 280 x 215 mm, 240 [Source: www.beerhunter.com, 8 june 2002] colour photographs, 80 artworks and 45,000 words. [Source: www.iol.co.za, 13 June 2002] Birkenhead sold
The Birkenhead brewery near Stanford was sold TECHNICAL
on site for nearly R7 million during a well-attended public auction late in April. The new owners plan to Roasting your own malt
Its winter again and the perfect time for dark beer The brewery, which produced beers such as Cape like stout, porter or swartzbier. To brew these you Honey Blonde Ale, Octoberfest Märzen, Raspberry will need dark speciality malts. Although you can Pilsner, Captains Stout, Horney Spring Bock and buy some types, most homebrewers have an Red Neck Bitter had to be sold because investors inclination to try and do things themselves. were not willing to spend money on finding cost- However, stories of yellow Guinness (Jeremy) and saving methods to brew quality beer in the light of pale swartzbier (Coenraad) can dampen one’s the devaluation of the Rand. The brewery relied enthusiasm (not to mention warnings of “spousal heavily on expensive imported raw goods in the annoyance”, see second method below). Therefore we bring you two methods to roast your own malt Three main contenders took part in the bidding, in this edition of the WHB. The first method makes including Prof. Ludo van Wauwe of CCK SA and a microbrewer from Germany. The highest bid - R6,350 million - came from Mr Dean Rees, Line a large baking tin with aluminium foil, and representative of MAED, a Johannesburg based Place in the oven (preferably convection type) Birkenhead brand, recipes and concepts, beer- at 100°C for 45 minutes to dry out the malt. equipment, delivery vehicles, the pub and 16 ha of • After a further 20 minutes remove 6 or 7 corns peripheral land with improvements were all from the tray, slice across the centre with a sharp knife and compare the colour of the MAED will inject a large amount of capital into the starchy centre with that of a few pale malt brewery to make it viable. They took over the reins corns. The pale malt is almost pure white; for on 1 June. [Source: www.news24.co.za, 18 April pale amber the colour should be the palest buff, just noticeably different from the pale malt. Continue heating until this colour is obtained, usually about 30 minutes. • For amber malt, continue heating until the cut The Beer Drinker's Handbook, by Kevin Trayner, is section is distinctly light buff, usually 45 to 50 available now. It covers the whole world with only a couple of pages devoted to Afirca, including South • For brown malt, raise the temperature at this Africa. While South African Breweries gets the point to 175°C and wait until the cut cross- biggest mention, the "microbrewing revolution" also section is a full buff, i.e. about the colour of the gets a look-in, with Hermanus's Birkenhead, the paler types of brown wrapping paper. (Crystal