Because crystalline drugs generally have better storage stability, pharmaceutical companies prefer to use crystalline compounds for development of new drug
formulations. However, a frequently encountered problem is the ability of the drug to
exist in multiple crystal forms called polymorphs. Since polymorphs can have
significantly different physical properties, such as dissolution rate and therefore
bioavailability, it is important to control both concentration and crystal form.
DETAILS

Differential scanning calorimetry (DSC) and modulated DSC (MDSC®) are often used to detect polymorphic forms because they typically have different melting points and heats of fusion. For example, the three crystalline forms of sulfanilimide are shown in Figure 1 at heating rates of 1 and 10 ºC/min. Heating rate has no significant effect on the melting peaks except for the width of the largest peak near 165 ºC. This shows that the sample is quite stable and there is little tendency for one polymorph to transform into another. Use of multiple heating rates is an excellent way to detect kinetic events such as decomposition or transformation of one crystalline form into another. This is illustrated in Figures 2 and 3 showing the effect of heating rate on two different drugs, phenacetin and ciprofloxacin hydrochloride (Cipro). At high heating rates (20 °C/min) the melting peak of phenacetin broadens but is essentially unchanged from the melt observed at 1 °C/min. This small difference indicates that the sample is truly melting and there are no observed kinetic events. Cipro behaves quite differently when the heating rate is increased from 1 to 20 °C/min. According to its Material Safety Data Sheet, Cipro is reported to decompose upon melting. If a single heating rate is used, such as seen in the 5 °C/min data, it could easily be interpreted as melting at 319 °C followed by decomposition. However, this would be wrong. The difference of 29 °C between the observed “melting” endotherms for the 1 and 20 °C/min data shows that the endotherm is really part of the decomposition process and not due to melting. The value of using multiple heating rates for characterizing crystalline drugs that have the ability to exist in several polymorphic forms is seen in Figures 4 – 6. At 10 °C/min heating rate (Figure 4), there appear to be two melting peaks at 155 and 161 °C. It might be interpreted that both forms exist in the original sample. At 1 °C/min (Figure 5), the peaks at 155 and 161 °C still exist but they have a very different size ratio. 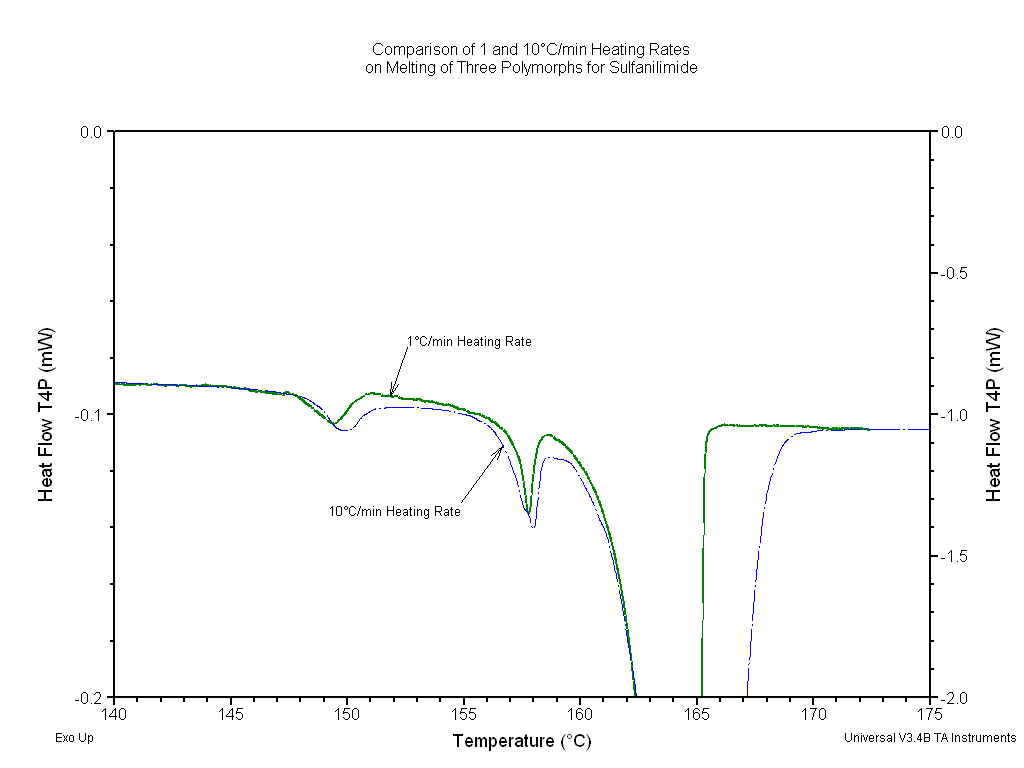 An additional peak is seen at 175 °C. Clearly, this material is not stable and is changing
as it is being heated. Figure 6 is an overlay of the 1 and 10 °C/min data together with
data generated at 50 °C/min. At 50 °C/min, the sample has very little time to convert
from one form to another and only a single melting peak is observed. This shows that
there is only one form of the drug present in the sample.
SUMMARY

DSC is an excellent tool for characterizing crystalline drugs. However, just as with any other analytical technique, it should not be used without some thought being given to experimental conditions. Use of multiple heating rates is a good approach for detecting transitions in materials as well as their tendency to undergo kinetic processes as the sample is heated. 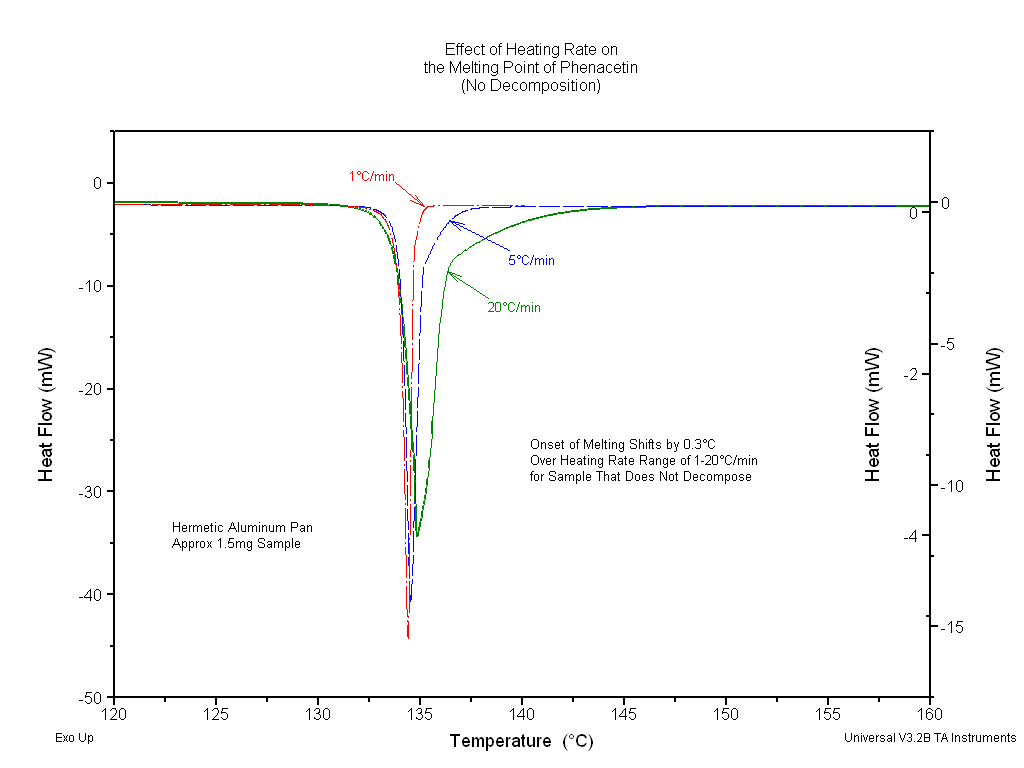 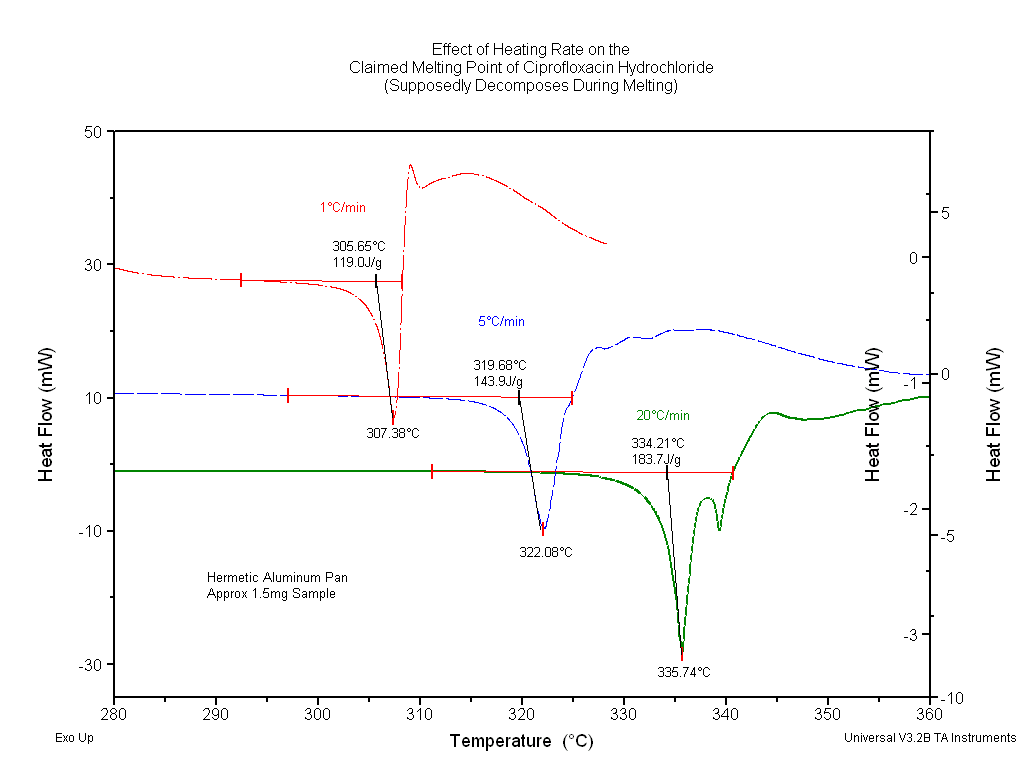 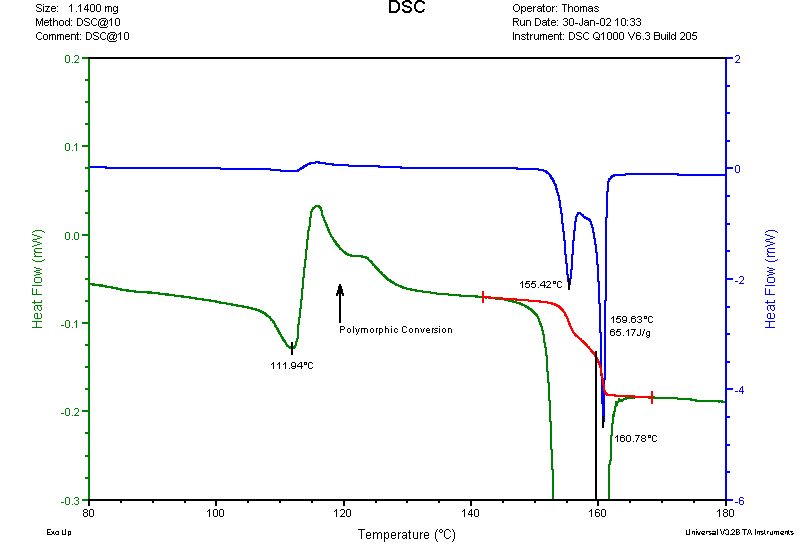 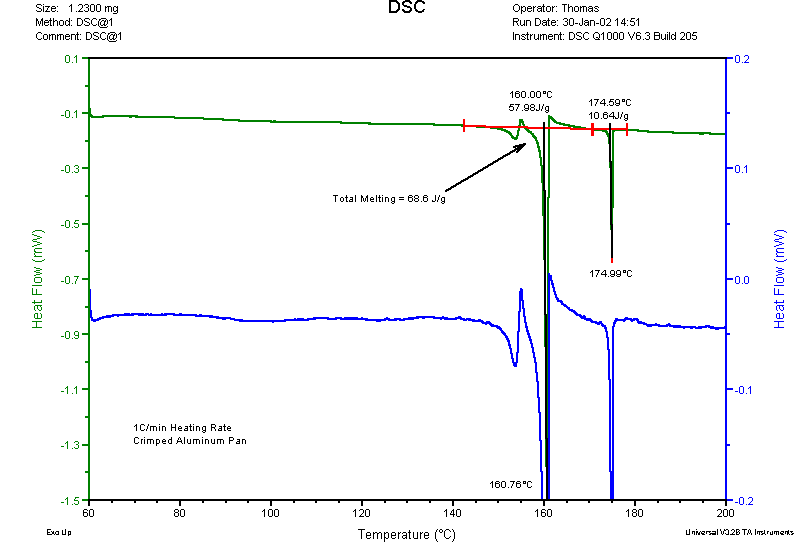 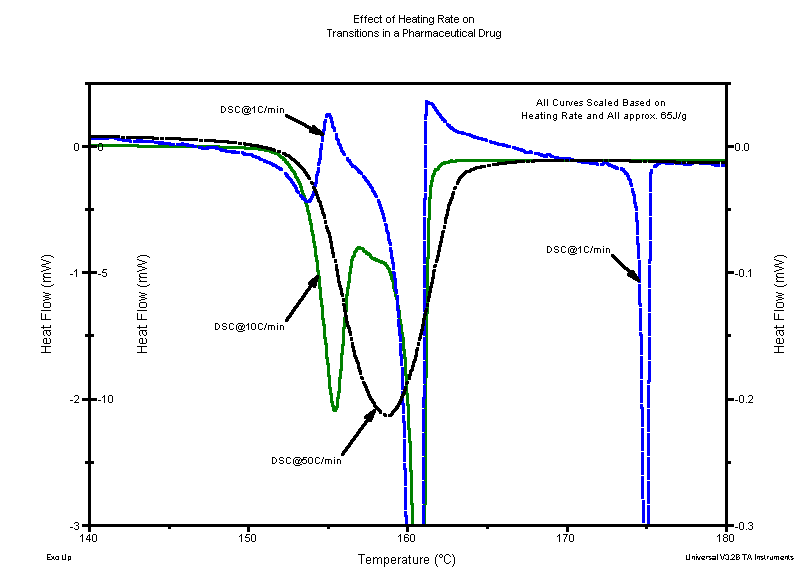 Basic numerical skills: FRACTIONS, DECIMALS, PROPORTIONS, RATIOS AND PERCENTAGES 1. Introduction (simple) This helpsheet is concerned with the ways that we express quantities that are not whole numbers, and how we express numbers in relation to other numbers. You may also need to refer to helpsheets on powers, measurements, and concentrations and dilutions. All of the topics that are