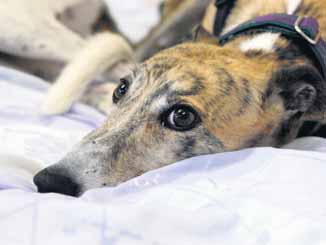 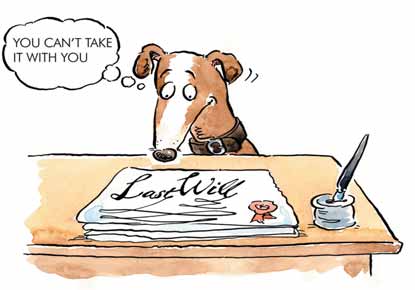 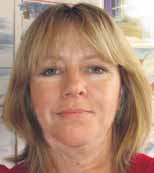 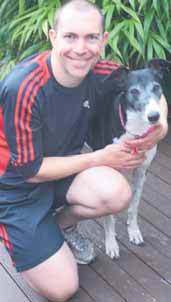 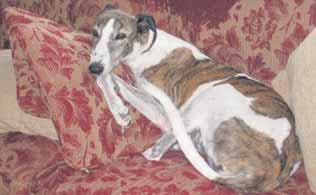 Greyhound Star 19
THE RGT have a very good rela-tionship with the majority oftrainers that they deal with -though there is a small but signif-icant minority who treat the char-ity like a personal disposal unit.
We continue our monthly update with RGT
plain rude. They phone up anddemand that we take their dogs - co-ordinator Amanda Ainsworth on some of
the issues that she and the headquarters
and just because their track homefinding scheme has a waiting list, staff have been tackling in recent weeks.
doesn't mean that head officeshould be seen as a short cut.
The RGT head office will reduce their number of paid spaces from around 800 to 600
following the recent BGRF budget cuts.
These are the kennel spaces
“Overall, we are looking at
they leave the racing kennels.
paid for by the charity for dogs
everything, from income to
This would mean an owner
who are waiting for new homes
expenditure to make sure we are
paying for neutering and any
but have left their racing kennels.
making the most of every
necessary treatment
In 2011 the Trust are due to
resource.”
including inoculations and den-
receive £1.195m from the BGRF,
In years to come, the burden
a fall of almost a quarter of a
may ease on the Trust with the
Amanda says: “I would like
million pounds and are now
declining number of dogs being
to make it clear that we will not
forced to cut their cloth accord-
registered though that was not
turn away a dog who hasn't
the case last year.
been prepared in that way. They
Amanda says: “It won't be
Amanda says: “I was told
will still go on the waiting list as
easy but we will have to reduce
that registrations were up in
they have always done.
the number of greyhounds we
2010 though it is an anomaly. I
“But it makes good financial
can care for.
understand that it is to do with
sense to prioritise those dogs
“It is by far our biggest
dogs now having to be registered
who will need a shorter stay in
expense but hopefully homing
before they can trial, so it should
kennels and we won't have vet-
will pick up and we will be able
be a 'one off' blip.”
erinary costs.
to take as many dogs in, and we
For owners desperate to pass
“We would urge all owners
will want to continue to support
their dogs to the Trust for re-
and trainers to do whatever they
the kennels with a good homing
homing, it could pay dividends
can to reduce our veterinary
always fear. The story made all the to get them 'home ready' before
costs once the dogs join us.”
Greyhounds being supported by RGT Head Office
Greyhounds being supported by RGT Head Office
A verage in 2010
Scotland
Scotland
North East
North East
seen her little dog literally ripped North W est
brave enough to discuss the thorny W est Midlands
est Midlands
East Midlands
East Midlands
East of England
East of England
South W est & W
est & W ales
London & South East
London & South East
International
athlete and
supermum in
retirement
SHE was still a puppy when she ran in
Ballindean Blue, both complete wastes
the 2000 Irish Derby and Oaks finals.
of space racing wise) and a cat.
Sold for a huge undisclosed
“We are volunteers at Barley
sum, she came to England for a
Kennels in Waltham Abbey and
successful career with victories
enjoy walking thedogs and helping
including the 2002 Northern Oak.
with fund raising.
Retired to breeding, her most
“Teabag loves her walks but has
successful son, Cobra Striking,
to stay on lead as she is nervous of
won an incredible 52 open races
people she doesn't know and unex-
including the Videx Puppy Derby.
pected noises. She barks continu-
Her pet name is 'Teabag'. She is
ously while waiting to go out as it
of course. . . .Miss Tetley.
takes a while to get them all sorted.
There’s a hopeful, trusting look in the eyes of a tax effective way of donating is to remember us in Now 12 years old, the October ‘98
“She actually won her class at
most retired greyhounds. They’re hoping for a your will.
whelp lives in happy retirement with
the breeders festival the year
Anne Gransby who sent us the photo.
before last but found the experi-
comfortable retirement home, and they trust us to For more information on how to leave a legacy Anne writes: “We have 2 other
ence far too scary so we don't enter
to The Retired Greyhound Trust, simply fill in the greyhounds (Ra Ra Littlelegs and
her in any more shows.”
How can you help? With the best will in the world, coupon or phone us on: you may not be able to either adopt or sponsor a Mixed emotions from the Calendar Girl our greyhounds, and filled with
£6,000 by the time the money is in. But a legacy could be the answer; for example, You’ll be doing us all a big favour.
hounds - I was so angry I waited two I’d like more information on leaving a legacy to RGT “On the opposite side, we had one donor, who wishes to remain anonymous, project in which she also starred. “I never expected us to attract the interest of TV and the major newspa- imagined, from setting up the shoot “At this stage I don't know what the Retired Greyhound Trust
final sale will be because although I contacted all the sellers, so far only “I will probably spend an after- tographer, gave their time for free. “Unfortunately, there has been a lot more apathy from the tracks than I profit of £3,000 but I'd be quite

Pædiatric Rheumatology InterNational Trials Organisation Mevalonate kinase Deficiency (MKD) (or Hyper IgD syndrome) What is it? Mevalonate kinase deficiency is a genetic disease. It is an inborn error of the body’s chemistry. Patients suffer from recurrent bouts of fever, accompanied by a variety of symptoms. These include painful swelling of lymph nodes (especially in th