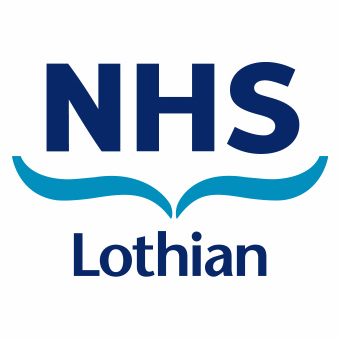 • Gastro-oesophageal Reflux (GOR) is the passive transfer of stomach contents
into the oesophagus owing to frequent transient or chronic relaxation of the lower oesophageal sphincter. Most settles on mixed feeding introduction and increased effect of gravity when infants become more ambulant. • GOR is extremely common in infants, is physiological (we all do it) and in the majority of cases resolves spontaneously. • In some cases it can be more severe and persistent and in these cases becomes pathological and it is then called Gastro-oesophageal Reflux Disease (GORD).
• Vomiting is the ultimate in reflux ! • Remember, bile stained vomiting is Abnormal and a surgical cause must be ruled out, though some infants and children can have bilious reflux.
Presenting symptoms and signs of GORD include:
Recurrent regurgitation or vomiting
Diagnosis

In most, a history and physical examination are sufficient to reliably diagnose
GOR, recognise complications and initiate management. Other causes of ‘reflux’ ie.
In the vomiters might include obstructive upper GI problems such as pyloric stenosis
(but these are usually obvious). Other non-medical GI causes should be considered
(intracranial lesion, renal tubular acidosis) and may present with poor weight gain,
though are obviously rare. Weight should be plotted on the child’s growth chart,
(failure to gain weight or weight faltering is mandatory to flag up when referring) and
an MSU considered to exclude untreated UTI (may present with similar symptoms).
What about investigations?
For simple (and actually even severe) reflux, NONE are usually required unless we suspect other causes (or symptoms persevere). Management of Mild Gastro-oesophageal Reflux in Infants

1- Reassure parents that most children will grow out of this condition by the second
2- Give the following general advice (this may be enough to control symptoms):
• Positioning after a feed- this has been shown to improve the symptoms of
GOR. Prone has been shown to be best, BUT it must only be done in awake children with parents/carers present. Left lateral may be a compromise or supine at 30 degrees (traditional advice). Car seats are not good as the position raises intra-abdominal pressure. • Avoid exposure to tobacco smoke (never a good idea!) • Avoid overfeeding (take feed history), ensure appropriate teat, bottle horizontal, avoid excessive air ingestion • Try smaller, more frequent feeds (not <3hourly) 3- Consider Gaviscon ® infant dual sachets (not suitable for pre-term infants): this
actually works by thickening the feed • Birth-2 years (under 4.5kg), 1 dose (half dual sachet) with or after feeds when • Birth-2 years (over 4.5kg), 2 doses (one dual sachet) given with or after feeds 4- Feed thickeners (Carobel® / Nestargel®) or anti-reflux milks (Enfamil AR® or
SMA Staydown®) can be effective for simple reflux occurring in bottle fed infants.
Gaviscon Infant should not be given with thickeners or anti-reflux milks.
Management of Moderate to Severe Gastro-oesophageal Reflux in Infants
1- In patients with GORD, adequate symptom control and prevention of
complications is the principal aim of treatment. Strictures and erosive
oesophagitis CAN happen in infants who are under-treated. There is no need
for referral of a child for GORD symptoms before any medications (or just
gaviscon) are started.
2- A 'step down' approach is encouraged starting with omeprazole for severe
symptoms and stepping down to an H2-receptor antagonist or antacid for more prolonged treatment. 3- An 'on demand' regimen is acceptable providing it is effective, but only after
effective symptom control and after initial course of treatment. 4- ‘Step up therapy’ can also be used, but the rationale for earlier use of a PPI
is quicker relief of symptoms and healing (extrapolated from studies of PPI use in endoscopically proven oesophagitis), but the problem in younger patients is toleration of the dispersible tablet. A liquid version may be compounded by local pharmacies or is available commercially (ref). 5- A prokinetic such as domperidone should be considered as adjunctive
therapy in such patients to ‘maximally’ treat them. 6- Review after a month to assess response to treatment and modify therapy
(to maximize treatment if not improved / improving). Refer to RHSC or discuss with GI team if symptoms not improving within 6-8 weeks, but both CMPI and GORD need to be considered. What about reflux and Allergic problems?
• Cow’s Milk Protein Intolerance / allergy (CMPI) can be seen and may be
difficult to distinguish from the symptom pattern seen in infants with symptoms of GORD. • In breast fed infants, the commonest food protein antigen they react to is Cow’s milk, then Soya (there is a 20 to 30% overlap between the two). Breast fed babies may react to other proteins and restriction may be difficult. We usually advise the mothers to use Soya, but some mum’s have had to restrict this, too: this clearly compromises their nutrition and have to ensure adequate calcium intake (with use of supplements to ensure 1200mg calcium per day). • Skin tests and blood tests for this form of allergy are generally a waste of time, as most Gut mediated allergy is delayed (or Type IV) and wont show
up. Empirical therapy is best. For bottle fed infants, we would use a
Hydrolysed feed (in addition to Cow’s milk and Soya avoidance) such as
Nutramigen® or Pepti junior® and allow at least 4 weeks to see if there was
improvement. The elemental feed, Neocate® can be used after a trial of
hydrolysed feed if they have not improved after 4 weeks. For very
symptomatic allergic infants, consideration of a ‘few foods’ diet in babies on
mixed feeding, with restriction of cow’s milk, soya and wheat are initiated, but
these children need hospital supervision.
• If they respond to this step, then restriction until the end of the first year of life, between 10 and 12 months will need to continue, usually with introduction of soya products first, then followed by milk based products (milk in cooking or commercial products) in a graded fashion. Children responding to such a dietary restriction should be referred to the dietetic service at RHSC for ongoing advice and monitoring and likely follow-up by the Gastroenterology team in addition.
Finally, there is overlap between the two (acid reflux and allergic inflammation)
and for the worst cases we will often have them on both regimens until things settle.
What about reflux in older children?

Older children (beyond the toddler years) seem to behave very much like adults in
their reflux (or disease, GORD) and again, like most adults, do not need further
investigation if a history and examination are consistent and you can rule out other
conditions.
1- Treatment is very similar to infants, with some exceptions:
• Feed thickeners and formulae are clearly not going to be helpful for the vast majority, but liquid Gaviscon® might help.
• Again, the ‘step-down’ regimen would be recommended with consideration
of Omeprazole with or without Domperidone, stepping down to Ranitidine.
Generally, an 8 to 12 week course is required.
• We tend to prescribe for 12 weeks. Sometimes there will be rebound hyperacidity and, like adults, patients may relapse on discontinuation. Dose reduction may be best, such as stepping down for 2 to 3 weeks and even adding in ranitidine during the step-down phase to allow a ‘gentler’ withdrawal of therapy. • Again, the addition of a prokinetic like Domperidone might be helpful in those who present predominantly with regurgitant reflux or vomiting.
2- We tend not to use ‘Test and Treat’ for H. pylori in children with acid related
symptoms, as it is much less prevalent, but we do see it.
• If there is a strong family history, the symptoms are not resolving on good dose therapy or symptoms are more typical of ulcer disease, then in older children it may be reasonable to test on blood-work for the antibodies to Hp, but serology and breath testing in children are not as sensitive or specific and false positives and negatives can be seen (particularly false positives on HpBT), so we are wary of their use. • If a patient were positive, please refer to the relevant section in the LJF for further advice on eradication which is almost identical to that for adult Hp, see www.ljf.scot.nhs.uk and our H. pylori guideline, but we would advise discussing such cases with us. • Difficult to eradicate patients can be tricky and may involve the use of extended therapy and quadruple therapy, with care taken to avoid tetracycline in pre- or peri-pubertal children.
3- Indication for consideration of Endoscopy would be atypical symptoms or failure
of therapy or relapsing reflux.
Finally, this guideline is intended to be helpful and guide more expeditious therapy
(and confidence in using these medications) both in Hospital and the Community.
Any feedback is welcome (positive and negative) to help us improve them and the
service.
Dr Fiona Houston, GP Paediatric Fellow
Dr Peter Gillett, Consultant Paediatric Gastroenterologist, RHSC
Correspondence to [email protected] or [email protected]
DRUGS USED FOR CHILDHOOD REFLUX

Vanderbilt University, T-1218 Medical Center North, Nashville, TN 37232 – 2659, USAFrequently, the etiology of a pleural effusion is inonly minimally meet the exudative criteria (eg, thequestion after the initial thoracentesis. In this article,protein ratio is 0.52 or the LDH ratio is 0.63). I assume that the pleural effusion persists after theMoreover, the patients with transudates wh