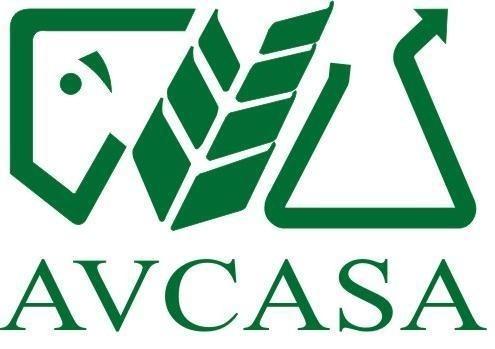 SAFE PESTICIDES? RUUUUUUUUUN!!!!!
Dr Gerhard H Verdoorn
Griffon Poison Information Centre 082-446-8946
On behalf of AVCASA – the Association of Veterinary and Crop Associations of South Africa
The Fertilizers, Farm Feeds, Agricultural Remedies and Stock Remedies Act, 1947 (Act No. 36 of 1947) defines an agricultural remedy (read here pesticide) is any chemical substance or biological substance or combination thereof that is intended for the control, repelling, killing, extermination, etc. of any undesired vertebrate, invertebrate, microbe or other organism. In simple terms it means pesticides are mostly intended for killing unwanted organisms such as insect pests, fungal diseases and weeds. The percentage of pesticides that do not kill their target organisms is relatively small compared to those that do kill their targets. To label any pesticide of whatever nature safe or environmentally friendly is thus nothing but blatant fraud. They all kill. They all have an impact. They are all potentially dangerous. Nothing is safe! Despite this general ability of pesticides to kill, con-artists tap into the gullibility of people and offer environmentally, pet friendly, child safe, chemical free and environment soft pesticides that “will not harm anything”! Browsing around food chain stores, hardware stores, nurseries, flea markets and street vendors exposes a plethora of these wonderful remedies that are offered by people who have absolutely no knowledge of what they are dealing with and yet purport to be “specialists”. Many such products are branded as “organic” – perhaps the most widely misused and misunderstood term in the world. Fact is that organic is a scientific term that is used for molecules and matter that are made up mainly of carbon, hydrogen and oxygen plus a few other elements such as phosphorus, sulphur and the halogens. Most modern pesticides are thus organic molecules and are indeed chemicals. Even the containers labelled as “organic pesticides that contain no chemicals” contain nothing else than chemicals! Delving into the nature of the “safe pesticides” brings alarming facts to the drawing board. One needs to stand back to fathom what these wonderful remedies are about: they are mostly unregistered (which by the way is against the articles and regulations of Act Nr. 36 of 1947), they have not been subjected to rigorous testing for efficacy, toxicology and environmental impact, they are marketed by dubious entities, they fail to indicate their true chemical contents and their instructions are often very poor. Uninformed and unsuspecting members of the public who want to be part of the green movement swallow any garbage churned up by the protagonists of “safe pesticides” without questioning the bona fides of the company or the product. Due the unsubstantiated claims of being “safe” these products are mostly used without any personal safety equipment and without a thought of the impact of such products on the environment. A spider will be harmed as much by a canola oil insecticide as by a pyrethroid insecticide although the physiological mechanism of harm may be different. How does this whole discussion tie in with the pest control profession? My experience tells me that certain pest control operators use the terms safe and harmless ad lib without even having a basic understanding of the consequences of the use of these terms. I have investigated many complaints where a pest control operator advised the clients that Diazinon is perfectly safe when applied indoors. Should that be the case I would most definitely not have had cases of serious acute poisoning of people with this pesticide. Pyrethroids are often also branded as harmless but the records tell a different story of people suffering severe irritation and discomfort after being exposed to certain pyrethroids. Does this means that the products are dangerous? Perhaps not but having clients believe the products are “safe” leaves room for disaster as people expose themselves to high levels of such pesticides by re-entering and operating in premises that were treated only minutes ago by products that may induced serious adverse effects. Staying away from “safe pesticides” is actually very easy as there is no safe pesticide. The principle should be that all pesticides must be regarded as potentially harmful and treated as such. Permethrin can hardly do any harm to a bird but try it on a cat and you will have a stiff cat within minutes (from rigor mortis!). Always treat pesticides of whatever nature with respect and use the same precautions for all of them. When you come across a “safe pesticide” on a shelf let me know so that it can be investigated. It is mostly illegal products and unregistered products that will carry these label statements. Do buy it, ruuuuuunnnnnn!!!

OTC DISTRIBUTION DISTRIBUTION OTC Celesio’s acquisition of mail-order pharmacy DocMorris has put the spotlight firmly on the anticipated changes in the way medicines are distributed in Europe. Deborah Wilkes looks at the prospects for pharmacy chains. “With this step,Celesio gets hold of the is also bullish about the prospects for liberal-isation in other important cou

How Many Condoms Can You Wear at Once? The Experiment Some of you may have heard of the practice of “double bagging” – wearing two condoms during sex for extra protection (something not recommended by most condom manufacturers) . Taking this idea to its ultimate extreme, we set out to answer the question “How many condoms can you put on your dick?” However, since we were unabl