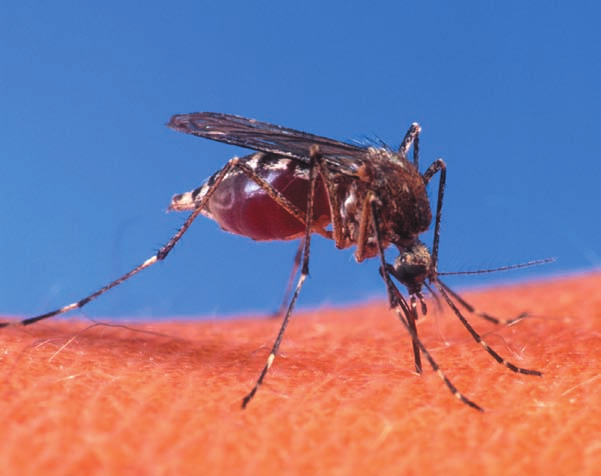 EXPERT ADVICE
Your Questions Answered
Chicken Guinea, Chik Or Chikungunya.
Chikungunya Virus Classiﬁcation
Is Chikungunya disease the same as
Asia and Southeast Asia including India, Thailand, dengue fever? Is there any medicine to
prevent this mysterious disease?
In Malaysia, an outbreak was ﬁrst reported in Port Klang in 1999. As of September 2008, a Health Ministry’s statement had reported 1,975 cases in “mysterious” disease since its oﬃcial Malaysia, over half (1,098) of which occurred in discovery in Tanzania, Africa in 1953; with its ﬁrst outbreak at the Makonde Plateau CHIKV is an insect-borne – mainly by mosquitoes – arbovirus of the genus, Alphavirus, which is Chikungunya is a Makonde word (the local language transmitted to humans by Aedes mosquitoes. It is in southern Tanzania and northern Mozambique) thought that monkeys and other wild mammals meaning ‘that which bends or folds up’ – referring may serve as reservoirs for the virus. The two species to the severe pain and crippling of the joints that of Aedes mosquitoes involved are Aedes aegypti causes the stooped appearance of suﬀerers. and Aedes albopictus (Tiger mosquito).
The Chikungunya virus (CHIKV) outbreaks have Symptoms
occurred occasionally in sub-Saharan Africa, South 8 NOV/DEC 2008 • OH!
EXPERT ADVICE
• Sudden high fever (which can reach 39°C/ India and Sri Lanka. During the 2005-2006 outbreaks on the Island of La Réunion, a French territory east • Severe arthralgia (joint pains) – mainly in hands of Madagascar, CHIKV infection was associated with at least 260 deaths in mostly elderly patients. • Skin rashes (redness and occurring on the face It is unclear if CHIKV was directly responsible or coincidentally present in such cases.
Other symptoms in the ﬁrst few days of infection: Treatment
There is no speciﬁc treatment for the CHIK fever • Conjunctival (eye) infection and slight – and treatment is mainly symptomatic ie rest, ﬂuids, and analgesics and non-steroidal anti- inﬂammatory medications (e.g. ibuprofen, naproxen or paracetamol) to relieve pain and swelling. The acute fever occurs brieﬂy (usually about 5- 7 days). However, some patients experience prolonged joint pains for weeks or months. Recent developments from French authorities In contrast to dengue, CHIK fever is characterised have shown a possible role for hydroxychloroquine by a shorter febrile episode, persistent arthralgia in or chloroquine phosphate as a treatment for some cases, and absence of fatalities. The presence arthralgia in CHIK fever. (Both drugs are being used of a rash, conjunctivitis, arthralgia and myalgia are Prevention
Due to many similar clinical symptoms with dengue There is no vaccine against this virus, so preventive fever, a laboratory conﬁrmation of the presence measures depend entirely on avoiding mosquito of IgM and IgG anti-chikungunya antibodies is bites, which occur mainly during the daytime, and important. Such a serological test is available at the eliminating mosquito breeding sites.
University of Malaya in Kuala Lumpur, Malaysia.
Additionally, a CHIK-infected person should limit Although Chikungunya is historically not associated exposure to mosquito bites – by staying indoors or with severe haemorrhage (bleeding) or death in using a mosquito net – to avoid further spreading Malaysia, such cases have occurred, albeit rarely, in the virus. OH!
To avoid mosquito bites:
which are common around human dwellings and • wear clothes that cover as much skin as possible; workplaces, such as water storage containers, • use mosquito repellents on exposed skin and on saucers under potted plants and drinking bowls clothing, in accordance with label instructions; for domestic animals, as well as discarded tyres and • use mosquito nets to protect babies, older and sick people and others who rest during the day. The eﬀectiveness of mosquito nets can be improved To reduce mosquito breeding:
• remove discarded containers from around the • use mosquito coils and insecticide vaporisers • for containers that are in use, turn them over or empty every 3 - 4 days to prevent mosquito breeding, including any water-ﬁlled containers The Aedes mosquitoes that transmit chikungunya indoors. Alternatively, completely cover them to virus breed in a wide variety of rain-ﬁlled containers NOV/DEC 2008 • OH! 9

MOC Online Clinical PIP Report 1. Describe, in detail, your primary role in this project I took the lead in studying the problem and initiating a solution. I however could not take credit for defining the instigating problem. I was the principal designer of the Anticoagulation Form (i.e. the Form). Despite mandate from hospital administration that some type of written documentation schem