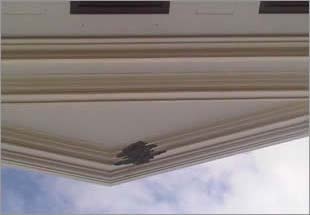 As any winery can attest to, each harvest season has its share of drama. The reason for this is obvious: it is a frantically busy time with staffworking around the clock to ensure the season’s grapes are brought to the cellar in good condition and that they are subjected to the correcttreatment during that crucial stage where they are steered onto the path that will lead to the juice becoming good wine.
At De Wetshof, harvest 2011 saw the usual crushing workload. Especially as we specialise in Chardonnay, which sees the teams confrontedwith the somewhat daunting task of harvesting some 1 200t of grapes in three weeks as this variety ripens around the same period. Januaryand February were also particularly hot months, with harvesting commencing at 03:30 to ensure that by the time the midday heat settles overour valley our grapes are picked and settling in the coolness of the winery.
Despite the hard work and long hours, it is a very rewarding time. Everyone – from office staff to the winemaking teams – seem to be re-energised every morning when the tart, characteristic aroma of fermenting grapes wafts from the winery.
Oh yes, the drama.
Well, on 3 February De Wetshof had harvested 80% of its Chardonnay grapes. Some cloud cover moved over the Robertson Wine Valley, butinstead of the expected coolness, these conditions brought a stifling mugginess.
And then it started.
A rumble over the Langeberge. A sudden darkening of the skies. And flickers oflightning darting about the valley. Now, a summer storm can be a wonderful thing, a piece of natural theatre. Andas we were listening to the thunder and the wet pelts of rain, a loud crackreverberated through the De Wetshof main building. Everyone jumped to theirfeet, literally not knowing what hit us. The power was out, and as Bennie Stippand Johann de Wet opened the building’s front-doors to see what was goingon, chunks of concrete and plaster lay on the veranda.
A large hole in the concrete face, just below the roof, attested to the fact thatDe Wetshof had literally been struck by lightning. There were a few pale faces around, hands shaking slightly, and we all concurred that now was the time for The hole that lightning left on De Wetshof a drink. Being a winery, sustenance was – blessedly – close at hand.
Besides the inconvenience of the power outage and a few days with a wonky telephone switchboard, there was fortunately no major damage,although this was one harvest not to be forgotten due to the dramatic afternoon wake-up call! Despite the heat and freakish thunder storms, prospects for 2011 as a good vintage are very good. Cellarmaster Danie de Wet says thefoundation laid by a cool winter in 2010 with consistent temperatures and near-perfect spring conditions during the budding period led tobetter-than-expected grape and early wine quality. 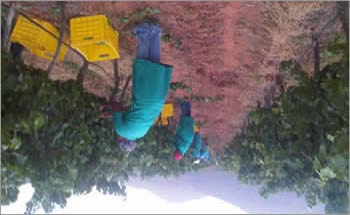 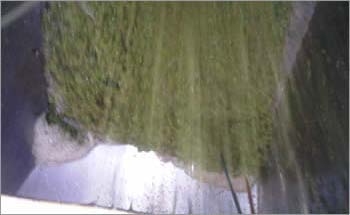 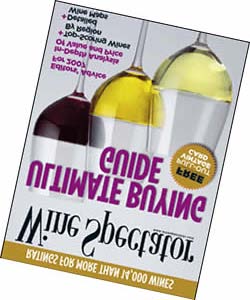 “Apart from the initial cold snap in early to middle June, the winter of 2010 was dry with below-average rainfall,” says De Wet. “However,temperatures were cool and consistent, leading to cold soils that gave the vines’ a sufficient period of winter rest. At De Wetshof we irrigatedto flush the soils ensuring that the vines could react to Spring growth in a fresh, clean environment – not only above the ground, but downbelow where the roots have to supply the necessary nutrients.”The consistent temperatures continued into Spring, with budding and flowering occurring in ideal conditions.
Just picked Chardonnay grapes entering the cellar. Towards the end of December vine-growth was so vigorous that irrigation was stopped to put the vines under controlled stress, andharvesting of Pinot Noir and Chardonnay for MCC commenced beginning of January. “On the whole, the season was a week to 10 days earlier than average,” he says. “That scorcher of a week at the beginning of Januaryoccurred while the grapes were fortunately still cool, keeping damage to a minimum. Some batches of Pinot Noir, however, were afflicted bythe heat as this variety does not have the resistance to heat that Chardonnay has.”Danie says the problem with thunderstorms and the resulting muggy conditions is that the plants struggle with photosynthesis. This results inthe vine beginning to feed off the malic acids, causing acids to drop. Fortunately a fresh wind and dry, sunny conditions returned about 36hours after the thunderstorms.
As for the heat experienced during the harvest season, De Wet says he sticks to a stringent picking programme. “We begin as 03.30 and themoment the barometer nudges 27°C picking stops,” he says. “This allows the Chardonnay grape to regain its green colour, chemical stabilityand freshness once the heat has passed and the grape cools down.”The quality of the juice and fermenting wine is better than expected and we are seeing the kind of finesse in the Chardonnays that waspresent in 2009 but lacking in 2010. Predictions are for wines that are fine, elegant and bold. The current releases from De Wetshof Wine Estate received admirable scores in the latest edition of Wine Spectator, the world’s mostauthoritative wine publication. Leading the De Wetshof line-up tasted by judge James Molesworth was the Estate’s icon, the BateleurChardonnay 2007, which garnered 90 points out of a possible 100. According to the Wine Spectator’s scale, 90 points is awarded to a wine adjudged to be“outstanding, a wine of superior character and style”.
In the magazine Molesworth describes the Bateleur 2007 as showing “flashes ofmatchstick and grilled hazelnut, with a ripe core of fig, pear and creamy green applenotes. The long, stylish finish lets everything hang together seamlessly.” On De Wetshof we feel the success of the Bateleur can only be attributed to the soil andclimate of the Bateleur vineyard’s site where the vines were planted in 1987. The vineyardis planted to one of the classic Burgundian clones and fortunately for us it has found ahome in Robertson’s limestone rich soils enabling the location to express itself beautifullythrough the wine.
The first vintage was in 1991, and since then the wine has taken on an increasinglyclassical profile as the vines have aged. We are honoured to receive this accolade fromWine Spectator and hope that this shows the world that South Africa is capable ofproducing white wines, and especially Chardonnay, that can compete with the best in theworld.
De Wetshof’s Finesse Chardonnay 2009, which in the international market is bottled under the “Lesca” label and the Estate’s unwooded BonVallon 2009 garnered 89 points, scores reserved for ones showing “special properties”. 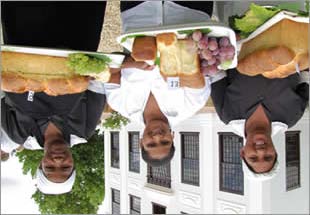 One of the delights of harvest time in the Cape winelands is the ubiquitousmosbol, a loaf of sweet buns baked with fermenting grape juice which acts asthe loaf’s rising agent.
During the recent Hands on Harvest Festival in the Robertson Wine Valley, theRobertson Mosbol Baking Competition was held at De Wetshof Estate insearch of the best mosbol. The ladies in the photograph took the top threepositions with their fluffy, golden loafs of mosbolle.
In the middle is Clarina Prins, this year’s champion. To her left is FrancinaBlaauw who came second and on the right is Johanna Prins who took thirdplace. The judges were Myrna Robins, well-known food and wine writer, StevenCollinson, a pastry chef formerly from London but now residing at Stormsvleinear Swellendam, Bernhard Hess, chef-owner of the Mimosa Lodge in Montagu, and journalists Lise Beyers and Norman McFarlane.
tel: +27 23 615-1853 fax: +27 23 615-1915 email: website:

CHECKLIST FOR PRESCRIBERS – COMBINED HORMONAL CONTRACEPTIVES Please use this checklist in conjunction with the Summary of Product Characteristics during combined hormonal contraceptive (CHC) consultations.  Thromboembolism (e.g. deep vein thrombosis, pulmonary embolism, heart attack and stroke) is a rare but important risk with use of a CHC.  A woman’s risk will also depe