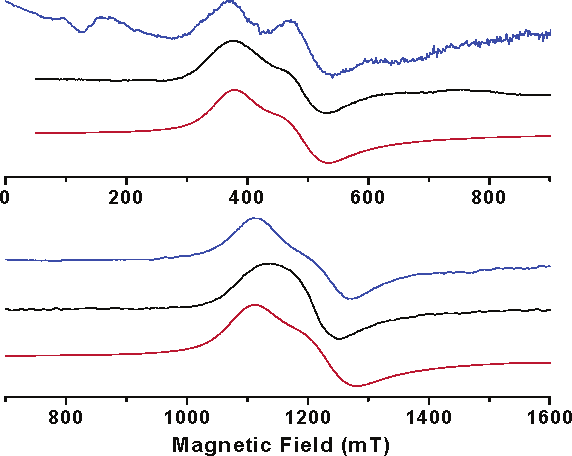 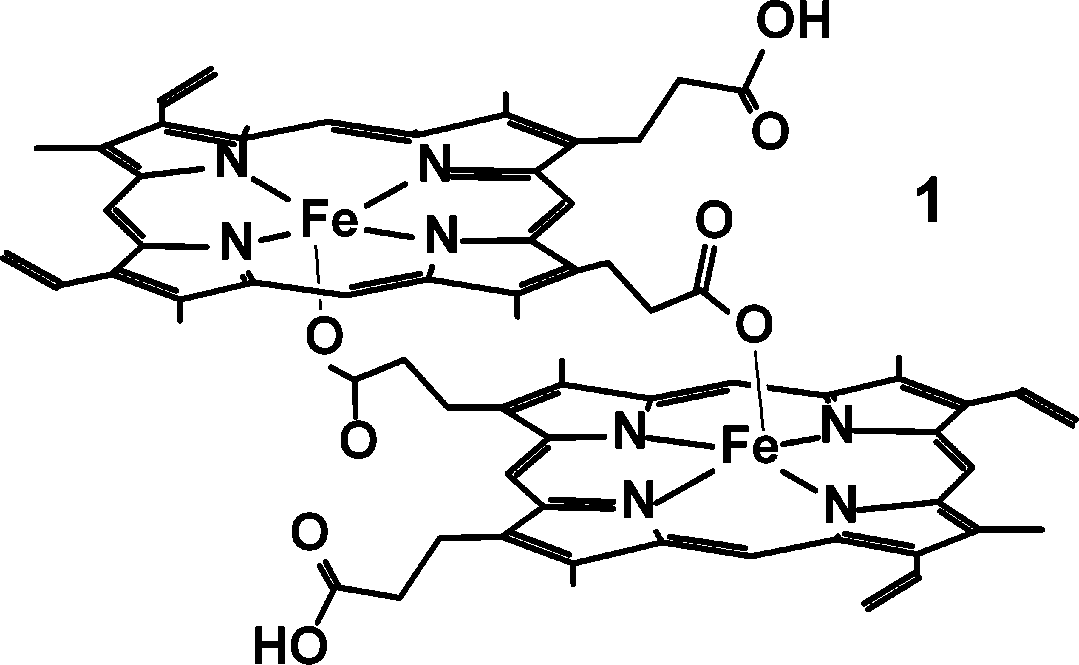 Multi-Frequency High-Field EPR Study of Iron Centers in Malarial Pigments
Andrzej Sienkiewicz,§,† J. Krzystek,‡ Bertrand Vileno,† Guillaume Chatain,¶ Aaron J. Kosar,¶ D. Scott Bohle,*,¶ and La´szlo´ Forro´† Institute of Physics, Polish Academy of Sciences, Al. Lotniko´w 32/46, 02-668 Warsaw, Poland, Institute of Physics of Complex Matter, EÄcole Polytechnique Fe´de´rale, CH-1015 Lausanne, Switzerland, National High Magnetic Field Laboratory, Florida State UniVersity, 1800 East Paul Dirac DriVe, Tallahassee, Florida 32310, Department of Chemistry, McGill UniVersity, 801 Sherbrooke Street West, Montreal, Quebec H3A 2K6, Canada Received January 13, 2006; E-mail: [email protected] Malaria, whose most severe form is caused by a protozoan parasite, Plasmodium falciparum (Pf), remains the world’s most
prevalent vector-borne disease. The spread of chloroquine-resistant
strains (CQR) of Pf and the absence of a suitable replacement for
this once effective antimalarial created an urgent need to understand
the biochemistry behind the drug’s action.1 The intraerythrocytic
growth stage of Pf involves hemoglobin proteolysis as the primary
nutrient source with the concomitant release of free heme. The
liberated heme is detoxified by the parasite into an inert crystalline
material, called malarial pigment, or hemozoin.2,3 According to the
recent hypothesis, chloroquine inhibits heme aggregation in ring
Figure 1. The low-field (high geff) turning point in the EPR spectra of
or early-stage malaria trophozoites.4 It has been shown that hemozoin (blue) and -hematin (black) at 34 (top) and 94 GHz (bottom) at hemozoin is chemically,2,5 spectroscopically,2,3 and crystallographi- 10 K. The red traces are powder-pattern simulations using the following cally6 identical and isostructural to its synthetic phase, -hematin.
spin Hamiltonian parameters: |D| ) 5.80 cm-1, |E| ) 0.20 cm-1, g⊥ ) The magnetic susceptibility measurements and Mo¨ssbauer spec- 1.90 (top) and |D| ) 5.85 cm-1, |E| ) 0.075 cm-1, g⊥ ) 1.95 (bottom).
-hematin suggested the presence of a single high- 2, which is located 0.47 Å out of the plane of 2) iron environment of largely axial symmetry in its the porphyrin and forms a relative short bond, 1.889 Å, with one bulk phase.3,7 Recently, the crystal structure of of the oxygens of the protoporphyrin-IX propionic acid substit- solved by X-ray powder diffraction.8 The structure is surprising in uents.13 The distance between the two Fe ions within the dimer is that rather than being a coordination polymer, as widely held 9.05(1) Å, with a mean porphyrin plane separation of 4.44 Å. Due before,2,3 it is a chain of dimers formed by the FeIII-protoporphy- to their offsets, the nearest atoms in the porphyrin rings are separated rin-IX molecules through reciprocal iron-carboxylate bonds to by 5.00(1) Å, but the nearest iron neighbors are in adjacent unit one of the propionic side chains of each porphyrin. The dimers cells where the Fe-Fe separations are 7.86(1), 8.04(1), and then build chains linked by hydrogen bonds in the crystal.8 Despite the congruous nature of much of the spectroscopic data for the natural and synthetic phases, there is still considerableambiguity in interpretation of the Electron Paramagnetic Resonance(EPR) results concerning the characterization of their local Feenvironment.2,7,9-12 For example, previous work performed atconventional X-band (9.5 GHz) frequency suggested a rhombicsymmetry of the zero-field splitting (zfs) tensor, which was not inagreement with Mo¨ssbauer results.7 In this report, we present thedefinite conclusions of the spin state and properties of the groundstate of hemozoin and frequency high-field EPR (HFEPR) to simplify and fully interpret EPR spectra of hemozoin were acquired at cryogenic tempera- spectra of the ferric ion. At the same time, we will use the HFEPR tures on two Bruker Elexsys spectrometers equipped with TE011 data to find correlations between structure and magnetic properties resonators: Q-band (34 GHz) at the EPFL, and W-band (94 GHz) of both natural and synthetic malarial pigments.
-Hematin was investigated in a wide range of Malarial pigment (hemozoin) was isolated from a K-1 chloro- frequencies (27-500 GHz) in transmission-type single-pass spec- quine-resistant strain of Plasmodium falciparum. The pigment was trometers at the NHMFL.16 At each frequency, the isolated from late-stage trophozoites following nonproteolytic spectrum consists of a strong turning point at high effective geff ∼ methods.14 Homogeneous single-phase microcrystalline powders of 4.3-5.5, depending on frequency, and a weak turning point at geff -hematin were prepared by anhydrous dehydrohaloge- 2. At low frequencies (27-94 GHz), the high geff absorption nation of hemin.15 The structure of a building block of the malarial line is partly split into two components (Figure 1). In this frequency range, the spectra of hemozoin are nearly identical to those of 2 dimer, 1, has a five-coordinate
-hematin. At higher frequencies, the splitting disappears, and a single line is observed (Figure S1 in the Supporting Information).
† EÄcole Polytechnique Fe´de´rale de Lausanne.
‡ At high frequencies (above ca. 270 GHz), a new turning point is detected in the -hematin spectra (Figure S1), appearing at yet 4534 9 J. AM. CHEM. SOC. 2006, 128, 4534-4535
10.1021/ja058420h CCC: $33.50 2006 American Chemical Society 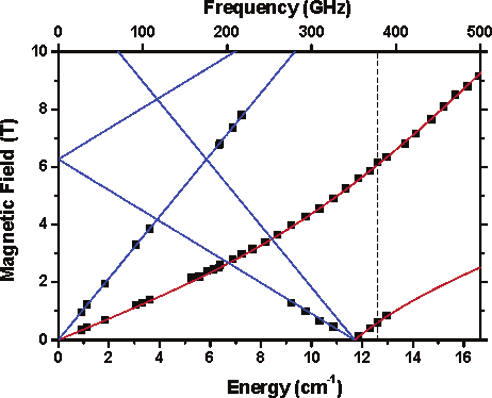