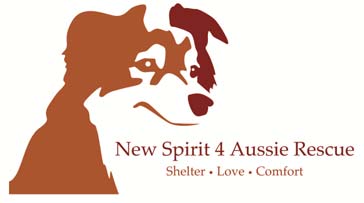 Introduction:
The drug, Immiticide, has been the treatment of choice for heartworm positive dogs. New Spirit has
always opted for full treatment with Immiticide, even though it’s very expensive. In conjunction with a
pre- and post treatment protocol, this was our preferred approach. and we had very good outcomes with it.
But the maker of the injectable medicine that kills adult heartworms, Meriel, announced in June 2011 that it
was no longer being manufactured in the US due to production problems and it has largely been
unavailable since then.
As of October 2011, the FDA has approved Meriel bringing in Immiticide manufactured for them overseas
for use abroad. However, it will only be available in very limited amounts and Meriel will decide which
dogs get it on a case-by-case basis. Vets will need to present the case of each specific dog and hope Meriel
agrees the case warrants Immiticide, if available. In other words, it can’t simply be bought if they have
some.
Our new approach:
New Spirit is responding to what looks like a long-term situation of non- or very limited availability of
Immiticide by adopting the “slow kill” method for dogs who are heartworm positive. Slow kill is not
actually killing heartworms: it is merely preventing any more larval stage heartworms from maturing into
adults, and allowing the ones already present to die of old age. This method has long been used by many
rescues and private owners who could not afford the $500-1,500 cost of full treatment.
We will use this approach for dogs under age 4, and not showing any outward symptoms, such as shortness
of breath, pale gums, coughing, and so on. Younger dogs will typically have a lower burden of heartworms
to start with, and our hope is that plus their youth will enable them to do fine for the 2 years it takes the
existing adult heartworms to die off naturally.
Treatment with slow kill is far preferable to doing nothing in hopes that Immitcide will become available
again at some point in unlimited quantities.
“Slow kill” Method Details
Month 1: doxycycline daily 5 x body weight (ex. 40 lb dog x 5= 200 so give 200 mg daily). Round to
nearest 100 mg., give all at once. One Interceptor at start of month
Month 2: give Interceptor at start of month
Month 3: repeat month 1 dosing
Month 4: repeat month 2 dosing, and so on
Continue for 2 years. Discontinue doxycycline at that time. Continue Interceptor monthly for the rest of
the dog’s life, as you would/should anyway.
6-12 months after the 24 month mark, they should get a SNAP negative for heartworm. We suggest
waiting the full 12 months, so at the 3 year mark.
It is measuring antigens to heartworm, not the existence of actual heartworms. Each dog differs in how
long their body continues to produce antigens once the adult heartworms are all dead, but at 12 months
after the last one dies, we would expect to see a negative test.
There may be some rare exceptions, such as when a stage 4 or 5 microfilaria (the early stage of
heartworms) matures and attaches just as we are starting Interceptor to control the microfilaria. None of
the preventatives fully kills larval stage 4 or 5.
So one might slip past, mature, attach, and then have a full 2 year lifespan before it dies of old age. Even
then, we expect by 3 years post start of treatment (Month 1) to see a negative heartworm test the vast
majority of the time.
Conclusion:
You may read elsewhere that “slow kill” is giving only the monthly heartworm preventative (products such
as Interceptor, Heartguard, Sentinel) for two years.
We add doxycycline because good evidence suggests it helps control an organism associated with
heartworm (Wohlbachia), and produces better outcomes. Doxycycline is cheap and well-tolerated in the
dose suggested above.
If you have any questions, please consult with your vet or feel free to contact us with other non-medical
questions.