Association between physical activity, fiber intake, and other lifestyle variables and constipation in a study of women 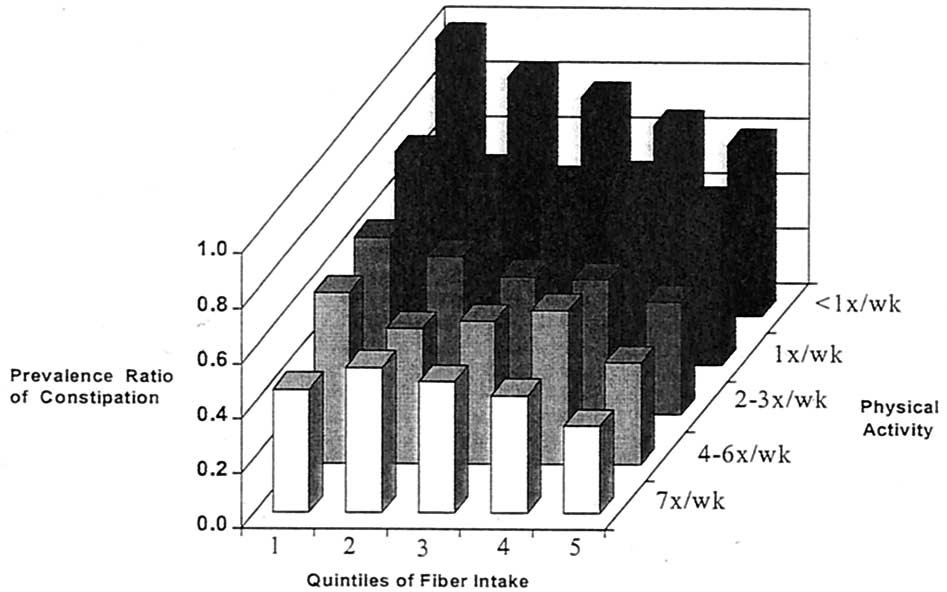