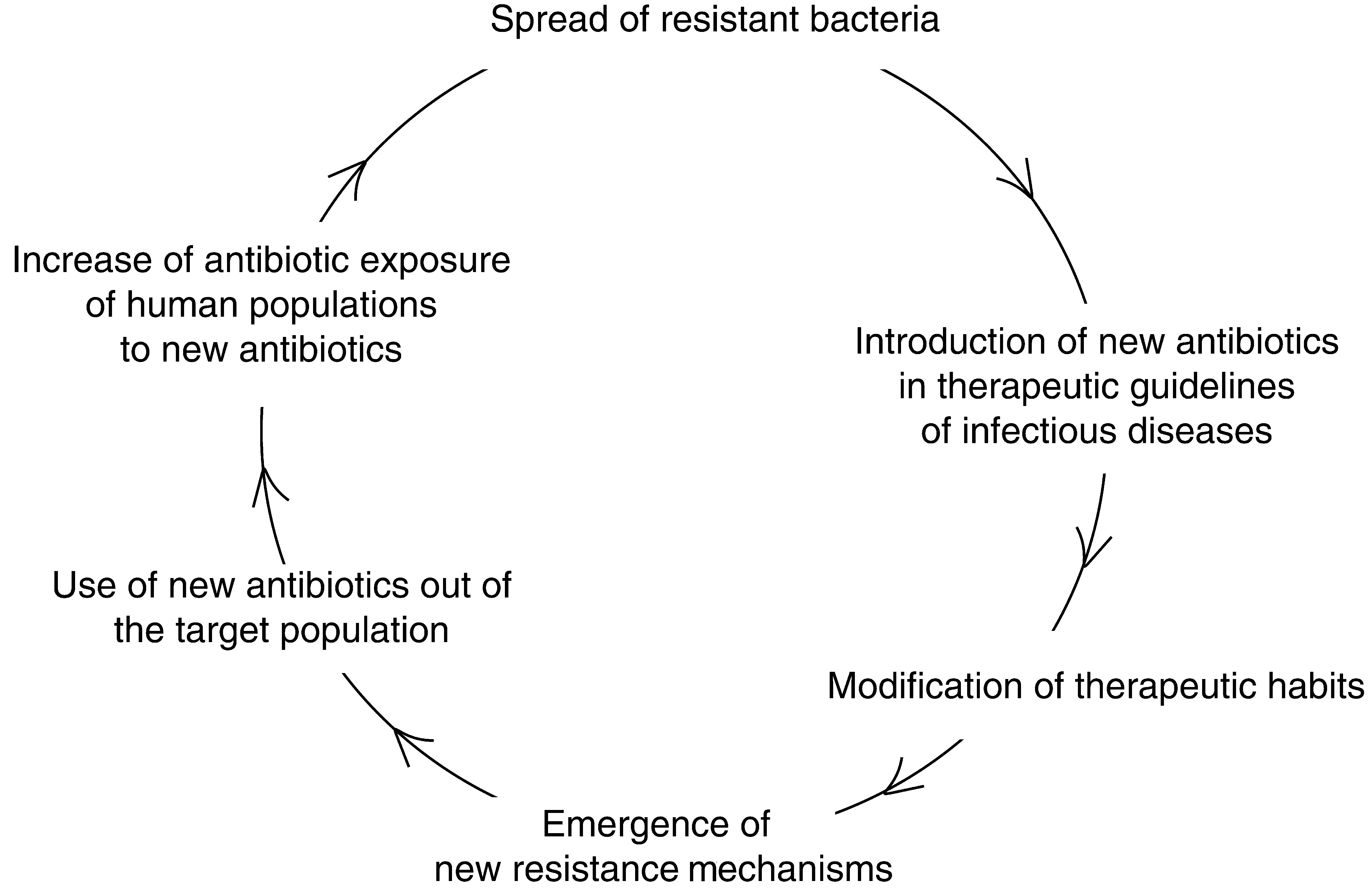 EVOLUTION OF ANTIMICROBIAL RESISTANCE/GUILLEMOT ET AL
Figure 1 The logic of maximizing only clinical efficacy.
The Physician Level
timicrobial resistance requires both infection control At the hospital setting, use of antibiotics has been measures and regulation of antibiotic use and that either shown to be one of the main risk factors for coloniza- alone is insufficient.72 This leads to close collaboration tion by resistant bacteria and thus for infections due to among the disciplines of infectious diseases, microbiol- resistant organisms.42 Therefore, it is essential to dimin- ogy, hospital epidemiology, pharmacy, and nursing with ish these potential risk factors. Several studies covering strong support from hospital leadership. One can expect antibiotic policies at the hospital have shown that re- that such a dynamic will soon result in an effective pro- stricting the use of antimicrobials can alter prescribers’ gram that can be readily incorporated into the quality- behavior.43–48 These studies also suggest that such a pol- improvement goals of any health care organization.72 icy can have an impact on bacterial resistance.45,49–53 In the community and in many countries, viral res- Strategies aimed at optimizing antibiotic prescription piratory infections represent the main cause for prescrib- are generally based on the use of order forms,54 of guide- ing antibiotics73,74 and medical and scientific leaders have lines, feedback to prescribers or next-day review of voiced their concern that antibiotics are not justified in antibiotic appropriateness,55,56 automatic stop-order 72 this clinical context. Several epidemiological studies have hours after empiric prescription, rotating or combina- shown that it is possible to reduce antibiotic prescription tion therapies,57–60 and computer-based order entry.61–68 in the community.49,75,76 However, in countries with high Thus, restricting the use of antimicrobial agents, pro- community use of antibiotics, there is no evidence of any viding locally adapted guidelines for the prudent use of significant decline in the amount of these drugs, and antibiotics, and implementing quality control of antimi- countries in which antibiotics are not widely prescribed crobial therapy within a hospital, in particular within have generally been low antibiotic users in the past.
the intensive care unit, might help to minimize the se- Thus, the question, Why do general practitioners lection of multidrug-resistant bacteria.69 A recent study overprescribe antibiotics? remains relevant. The most often demonstrated that preapproval of selected parenteral cited reasons for the “resistance” of prescribers to decrease agents reduced the rates of antimicrobial-resistant their use of antibiotics are the expectations of patients; pathogens without compromising patients’ outcome.46 physicians often cite parents’ and patients’ pressure as fac- Monitoring programs based on such axes are currently tors in their decisions to prescribe antibiotics for viral spreading in hospitals.70 Hospital health care workers upper respiratory tract infections.77,78 Although physicians are particulary concerned by bacterial resistance.71 They are sometimes unable to evaluate patients’ expectations ac- daily experiment bacterial resistance as a consequence of curately,78 this may be one of the factors that limits the de- inappropriate use of antibiotics. Therefore, such hospi- crease of antibiotic use in the community, especially in tal mobilization may result from the concern of hospital urban areas where greater numbers of physicians must physicians to both maximize the individual efficacy of compete for patients. Another factor could be related to their antibiotic prescriptions and minime the collective the physician’s perception of bacterial resistance. Although spead of bacterial resistance. Hospital physicians are be- bacterial resistance to antibiotics is an iatrogenic drug coming convinced that addressing the problem of an- problem, the consequences are not yet obvious to the pre- 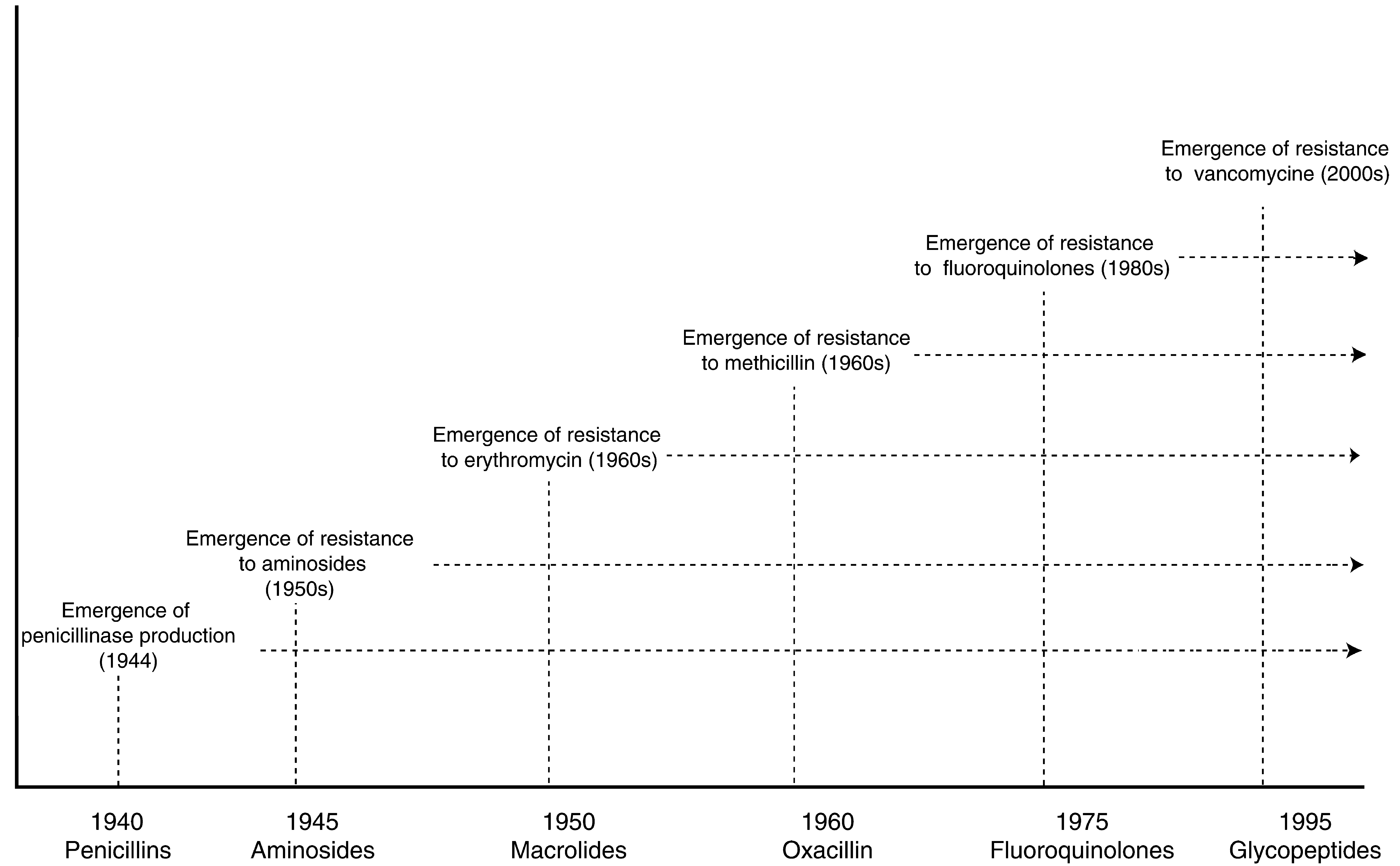 Module Six is all about marketing. I’m going to share with you my experiences and what I’ve learned from running a thriving business. Nothing is a more powerful marketing tool than knowing who you are. That gives you a sense of confidence that is infectious. Your cake style is basically your business truth. It’s who you are. These days with so many gimmicks, being an open and honest business