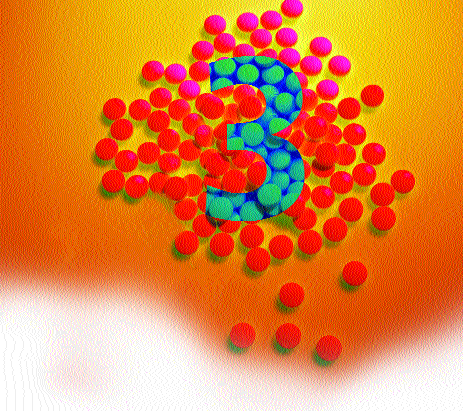 Clinical practice
Although not currently
covered by the licence for
either of the thiazolidinediones
available in the UK, triple oral
hypoglycaemic therapy including
glitazones is recommended by a number of
practitioners. Dr Ian Lawrence examines the latest
evidence and reports on his own practice in this
contentious area of diabetes care
Dr Ian Lawrence is Consultant Physician in
For many years, the conventional therapeutic Diabetes at the Leicester Royal Infirmary. He has
management of Type 2 diabetes in the United been a member of the University Hospitals of
Leicester Therapeutic Advisory Service since 1999,
together with one of the sulphonylureas, such as Chair of the Leicestershire and Rutland Local
glibenclamide, gliclazide and glimepiride. Once Diabetes Services Advisory Group since March
these agents are at maximum tolerated dose, then 2002, and Co-ordinating Editor of the Continuing
the next step has been to introduce insulin if Education Supplement to Diabetic Medicine since
glycaemic control remains poor or deteriorates to November 2002. He has sat on advisory boards
become poor (the definition of poor glycaemic for both GSK and Takeda and has received both
control given in England’s Diabetes NSF is an HbA speaker honoraria and support to attend
conferences from both companies.
The use of a third oral hypoglycaemic agent (OHA) has not been common practice, althoughthis option was available from the early 1990’s with Licence indications and NICE
acarbose. Problems with flatulence associated with The initial licence indication of the two glitazones acarbose and the drug’s disappointing performance was in dual therapy with either metformin (in in the United Kingdom Prospective Diabetes Study overweight and obese patients) or a sulphonylurea (UKPDS) have limited take-up of this form of triple (if metformin is not tolerated or contraindicated). hypoglycaemic therapy (THT) to a small number of More recently both glitazones have received a monotherapy licence, but neither have a The launch in 2000 of the thiazolidinediones, THT licence. However, in November 2004, GSK rosiglitazone and pioglitazone, renewed the possi- bility of THT, this time using a thiazolidinedione licensing authorities to the extension of the alongside both a sulphonylurea and metformin.
rosiglitazone licence to incorporate THT.
Indeed, other possibilities include quadruple Nevertheless, thus far, prescribing THT in Type 2 hypoglycaemic therapy in patients already on diabetes has been an out-of-licence usage of the triple therapy with acarbose, or THT incorporating glitazones, although not contraindicated, as is a prandial glucose regulator (repaglinide or the case with the glitazones and insulin in the nateglinide), metformin and a glitazone. UK due to the risk of fluid retention.
Diabetes Update Winter 2004

Nutrition Soy Protein and Performance Nutrition New Evidence – New Opportunities The performance nutrition market is a dynamic and growing segment of today’s marketplace, supported by scientific evidence that demonstrates efficacy and also plays a key role in identifying new market opportunities. For over 35 years, The Solae Company has led the industry in supporting research to disco