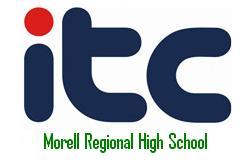 X. Miscellaneous
Keep logically connected items on the same line. Drug doses, names, dates, sets, Lopressor 100 mg. Keep all 3 items on the same line. Dr. Fred Farnsworth. Keep the doctors title and full name on the same line. January 14, 2000. Keep the entire date on the same line. 100 pounds. Keep both words on the same line. Names with junior or senior attached. Use a comma before and a period after the Example - Jeramiah Johnson, Jr. or Jeramiah Johnson Jr Names with ordinals. Do not use comma between name and ordinal.
XI. Report Section Notes
History of Present Illness - Mainly in present tense, but mixed tense may be appropriate.
Past Medical History - Use past tense.
Allergies
Allergies are typed either ALL CAPITAL LETTERS or bold font depending on client preference. Example - If the allergy is dictated pcn, type PENICILLIN. If the patient has no allergies use the phrase, "No known drug allergies." Medications
Transcribe in continuous paragraph format, even when the doctor numbers the medications. Example: Penicillin 500 mg t.i.d. for 5 days, levothyroxine 0.75 mg q.d. and Lopressor 50 mg b.i.d. Capitalize brand name medications. DO NOT capitalize generic medications. Use Latin drug abbreviations. Example - if dictated every day - transcribe q.d. If dictated every four hours - transcribe q.4h. not q. 4 h. Don't mix Latin and English terminology. Example: If dictated q. day - transcribe q.d. When referring to strength, dosage and directions - Use Arabic numerals only. If there is no whole number, add a zero in front of the decimal point for clarity. This is a general rule when transcribing numbers, not just medications. Example: Dictated as Synthroid point 75 milligrams a day. Transcribe Synthroid 0.75 mg q.d. Physical Examination
Transcribe in present tense in ALL of the major report formats. Vital Signs - Should look like this: Temperature 98.0, BP 140/80, pulse 76 and Assessment/Diagnosis/Impression
No abbreviated medical terminology. Type the entire term or phrase. Example - If the doctor dictates CAD, type coronary artery disease. Numbers follow the same rules for any section of the transcript. Example - A 31- Abbreviate units of measure, e.g. MG, MM, CM, etc. The title Doctor is written out, not abbreviated. Verb tenses
In discharge summaries EXCEPT for the History of Present Illness and the Use the correct verb tense to communicate the appropriate time of the action. Even if the dictator inadvertently changes tense during the dictation. XII. Things to check when proofreading a document
Singulars versus plurals - sclera or sclerae? No abbreviations in diagnoses or procedures We encourage your input for additions to this page. Include them in an email to

THIS CIRCULAR IS IMPORTANT AND REQUIRES YOUR IMMEDIATE ATTENTION If you are in any doubt as to any aspect of this circular or as to the action to be taken, you should consult your stockbroker or other licensed securities dealer, bank manager, solicitor, professional accountant or other professional adviser. If you have sold or transferred all your shares in Haier Electronics Group Co.,