BACKGROUNDER
Basic Facts and Data on the Science and Politics of Ozone Protection
1. The Ozone Layer
Ozone molecules (O3) consist of three oxygen atoms. This poisonous gas is extremely rare in the
atmosphere, representing just three out of every 10 million molecules. Ninety per cent of ozone exists in the
upper atmosphere, or stratosphere, between 10 and 50 km (6-30 miles) above the earth. Ozone at
ground-level, at the bottom of the troposphere, is a harmful pollutant resulting from automobile exhausts and
other sources.
80
MESOSPHERE
60
STRATOSPHERE
40
TROPOSPHERE
20
km
0
50
100
150
Figure 1 - Ozone Distribution in the Atmosphere
The ozone layer absorbs most of the harmful ultraviolet-B radiation from the sun. It also completely
screens out lethal UV-C radiation. The ozone shield is thus essential to life as we know it. Depleting the
ozone layer allows more UV-B to reach the earth. More UV-B means more melanoma and non-melanoma
skin cancers, more eye cataracts, weakened immune systems, reduced plant yields, damage to ocean
eco-systems and reduced fishing yields, adverse effects on animals, and more damage to plastics.
Scientific concern started in 1970 when Prof. Paul Crutzen pointed out the possibility that nitrogen oxides
from fertilizers and supersonic aircraft might deplete the ozone layer. In 1974, Professors F. Sherwood
Rowland and Mario J. Molina recognized that when CFCs finally break apart in the atmosphere and release
chlorine atoms they cause ozone depletion. Bromine atoms released by halons have the same effect. The
three scientists received the Nobel Prize for Chemistry in 1995 for their pioneering work.
The ozone layer over the Antarctic has steadily weakened since measurements started in the early
1980s. The problem is worst over this part of the globe due to the extremely cold atmosphere and the
presence of polar stratospheric clouds. The land area under the ozone-depleted atmosphere increased steadily
to more than 20 million sq km in the early 1990s and has varied between 20 and 29 million sq. km since
then. The area of the ozone hole reached a record 29 million sq. kilometers on 12 September 2000; it
extended to 27 million sq. km. in September 2003 and 24 million sq. km in 2004. While no hole has
appeared elsewhere, the Arctic spring has seen the ozone layer over the North Pole thin by up to 30%, while
the depletion over Europe and other high latitudes has varied between 5% and 30%. 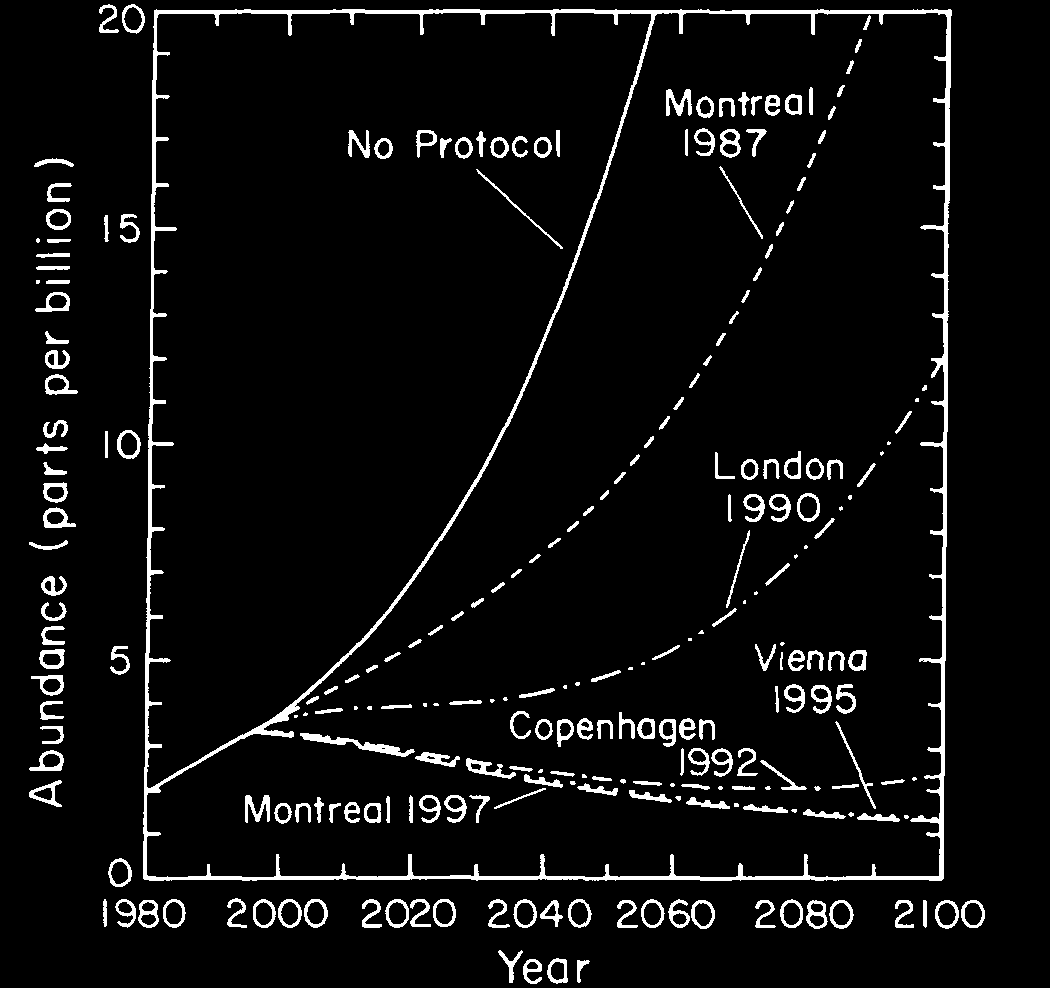 CURRENT STATUS OF ANALYTICAL METHODS FOR THE DETECTION OF RESIDUES IN BEE PRODUCTS Swiss Bee Research Centre, Federal Dairy Research Station, Liebefeld, Schwarzenburgstrasse 155, CH-3003 Bern, Tel: +41(0)31 323 82 08, Fax: +41(0)31 323 26 02, [email protected], The objective of this paper is to review shortly the current status of the analytical methods, used for the examinati